I built a PVC cannon fueled by Acetylene gas back in high school (this is part of my old project archives migrating here). The gas was generated by Calcium Carbide. This cannon originally had electronic ignition but after several fires the igniter decided to “remove” itself from the cannon. This cannon also has an expansion chamber to get a better fuel/air ratio for larger amounts of fuel.

This is primarily a SALUTE cannon, not a launcher. While it can launch things, I made it to make a very loud noise for things like 4th of July or special occasions. 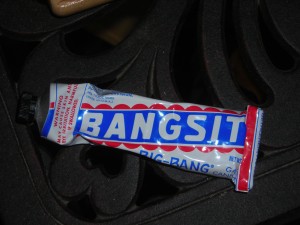 The cannon itself was built such that there was plenty of room for gas expansion to give quite a bang. The middle tee fitting was used to allow a more secure bolt to prevent anything that is attempted to load (I’m crazy, I know) would not fall beyond the expansion point. 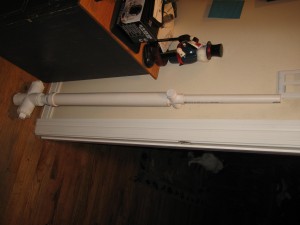 The bottom of the cannon has room for both a pool of water (bottom of PVC tee), as well as plenty of room for gas expansion. THis allows, with practice and some tweaking of fuel loads, the ability to get a more optimal fuel/air ratio for ignition. This can lead to increased fuel efficiency, or to improve a particular aspect of the effect (such as flash versus percussion). 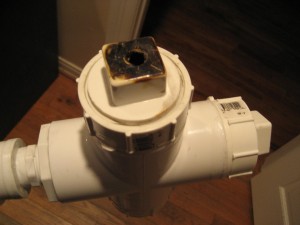 I tried adding a basic piezo unit ripped out of a lighter… twn points to the house of whoever identifies why this was a bad idea. (hint, it is not secured): 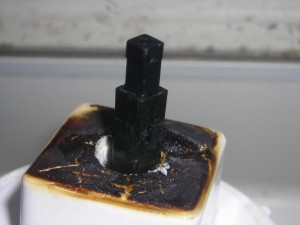