hon1nbo
No comments
Categories: Conventions, Security, The Tail, The Wolf-Dog

Now that the dust has settled, and the Vegas alsohol has left my system, time to write the post mortem from Def Con 24.

I solved the Caezar Challenge (albiet I needed a tiny hint on the last stage, as there was a lt of confusion with the hint given which was misinterpreted), and got to chew out the guy who broke my lock (all was forgiven we can 3d print new parts). I came close, but did not successfully defuse The Box. And shenanigans ensued.

The biggest portion of my time at the event was trying to defuse the Box. Datagram really outdid himself with this box. I have ben asked not to go into too many details, since he may reuse parts of it next year and I will honor that request, but I will say that next year’s plans sound even more entertaining.

TODO: Picture that does not spoil the surprise.

The Caezar challenges started with basic ciphers to get to the Party and once there the main challenge was revealed. The real challenge was two problems. I chose the second, which was to get a discussion going on the regulation and ethics of autonomous systems. To make this conversation effective, I started a Git repo for the contribution of case studies, analysis, and the current status of various systems across different industry verticals. https://github.com/Hacking-and-Coffee/Autonomous-systems-resources

I detailed my process of solving the partial URL. It was not neccessary for everyone, but it worked for me.

The Queercon suite was off the hook this year and, since they had the entire block surrounding it, a great party without the security hangups that often occur with the con-within-a-con scenario. Their squid badge was awesome, and I may build one for myself if I can get a PCB run going.

Various persons spotted my alledged tail around, I still have no idea why everyone claims to see this, so I have placed some of the “evidence” below but I just don’t see it. 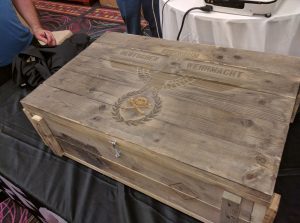 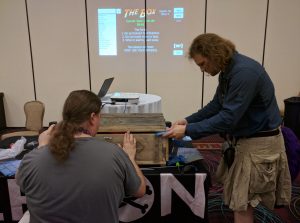 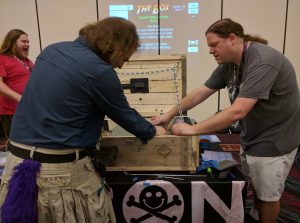 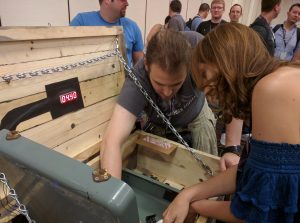 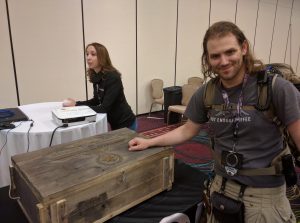